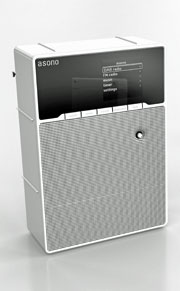 Remember those iconic pies of plastic consumer electronics from the late 60s and early 70s? From the JVC Videosphere to the Welltron stereo system, they were brave in their design and made of a shiny plastic that gave them a look far beyond their era. Well, Scandinavian company Asono has been brave enough to bring out a device that’s very 2006, but in a package that could sit happily beside any of your vintage plastic pieces.

The Asono DAB radio has been designed by the award-winning design company Norway Says and offers more than just a traditional DAB radio. It’s also an MP3 player with memory card support, so you can play MP3s, as well as record and pause radio broadcasts. There’s also a nice-looking (optional) wireless external speaker for true stereo sound and there’s an FM-receiver for areas where DAB reception is poor.

We love the white version of the radio, but it’s also available in black. Unfortunately the website for Asono is in Norwegian, so we’re stumped for further details, but an email to the company did confirm that this is likely to appear in the UK sometime soon. 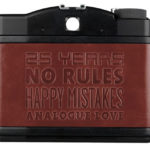 Build your own battery-powered Arco Lamp