Post punk is a strange, short-lived musical phenomenon – a more sophisticated and experimental version of punk that probably ushered in what we now know as the indie scene. Never has it been more influential as it is today, with numerous bands sounding almost identikit replicas to many of the first generation post punk acts.

Last year’s book by Simon Reynolds – Rip It Up And Start Again – was hailed as the definitive work on the subject – and now he’s compiled an album to accompany it.

The CD picks out key tracks from the period from the likes of The Fall, The Associates, Scritti Politti and Cabaret Voltaire. Though unfortunately, it misses out key contributors to the sound, such as Gang Of Four and Joy Division. Still, a good insight for those who prefer to hear the music than read the story. 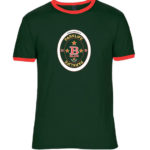