There aren’t enough shows on the box these days featuring Edwardian time travellers fighting crime in swinging London – so it’s just as well that Adam Adamant Lives is returning on an impressive five DVD boxset.

Adam Adamant is an Edwardian adventurer frozen in a block of ice by his nemesis, "The Face", only to be woken up in the sixties to fight crime and have his Edwardian morals tested on numerous occasions!

I’ve got my copy on order. 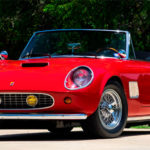 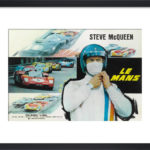