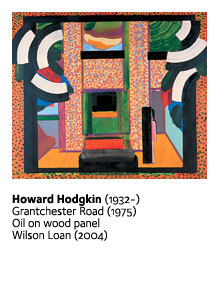 The Pallant House Gallery in Chichester has a new wing open this month – and to celebrate, there’s an interesting exhibition of the key movements in British art through the 20th century.

The exhibition is a  chronological look at the key themes of the 20th century, examining the influence of the European avant garde on the Vorticist movement, the impact of the two World Wars and the role of the War Artists Advisory Committee, the significance of The Independent Group in the 1950s and the development of British Pop Art during the 1960s and beyond.

Quite high brow, but a must for anyone interested in modern and recent British art.

“A Scene From..” Prints by Graphic Nothing