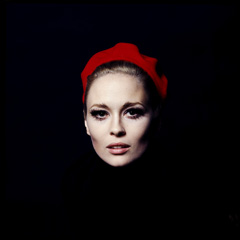 If you’ve never heard of Jerry Schatzberg, chances are that you’ve seen his photos. As a photographer and film maker for over 50 years, he’s captured most of the great and the good, either for fashions magazines Vogue, Esquire, Cosmopolitan, Life and Glamour from the mid-50s or as a celebrity photographer in his New York studio from the 1960s.

His legendary photograph of Dylan for the cover of Blond on Blond is probably his best known, but if you were a mover and shaker in the 60s, chances are you’re in the Schatzberg archive – and many of these have been dusted down for the Jerry Schatzberg: Photographs exhibition at the Atlas Gallery in London.

The vintage photos, selected from Schatzberg’s fashion, street portraits, can be viewed at the gallery from July 5th to August 26th 2006. Admission is free.