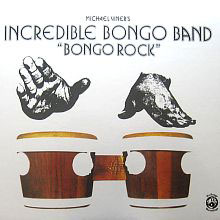 You might think you’ve never heard the Incredible Bongo Band – but I guarantee you have. They’re probably the most sampled act that you’ve never heard of, being used by the likes of  Missy Elliot, Coldcut, Goldie, Jurassic 5, Moby, Run DMC, Sugarhill Gang, Beastie Boys, Will Smith and Massive Attack to name just a few. And that’s because they knocked out grooves that were so damn funky.

A compilation of their best work called Bongo Rock ( with tracks from their two albums originally released in the early 70s) has just been reissued on the Mr Bongo label, with extensive sleeve notes on the band from Angus Batey. If you’re still not convinced about the relevance of funky bongos in 2006, head on over to the Tunes website, where you can listen online to around half of the album. When you’ve done that, you’ll be reaching for your credit card.

Find out more on the album from the Tunes website

“Sex, Drugstores and Rock & Roll: A History of the Kings Road” at Proud Chelsea 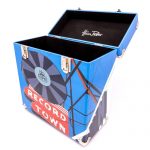 “All Yesterday’s Parties” by Clinton Heylin