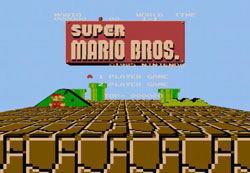 The words "science" and "museum" rarely set the pulse racing, but London’s Science Museum plans to change all that in October, when it plays host to Game On – a history of computer gaming, packed with long-forgotten gaming classics, with over 100 games to play in the museum.

The exhibition runs from 21st October 2006 – 25 February 2007 and explores the history, technology and culture of computer games, from the early days of the 1960s through to the latest consoles. See the ten most influential consoles of all time, learn about the design process behind games such and investigate the relationship between films and gaming. And of course, play over 100 games including classics Pong, Space Invaders, Pac-Man and Super Mario Brothers.

Admission is £8.50 (adult) and £6.50 (child/concession), with discounted group and family tickets.