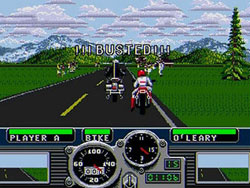 Feeling an overwhelming sense of nostalgia for your old Sega Mega Drive? The games probably weren’t as good as you remember them, but if you’re in doubt, you’ll soon be able to play them again on your Sony PSP with the release of Mega Drive classics for the PSP from EA.

There’s 14 titles in total, including some huge sellers like Road Rash, Desert Strike, Wing Commander, Ultima and Syndicate, along with some I can’t remember at all, such as Haunting Starring Polterguy and Budokan.

Obviously some might not live up to the fond memories, but the good should outweight the bad. Should be in the shops on November 15th.

Blumenau model train set in a briefcase at Paul Smith 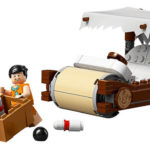