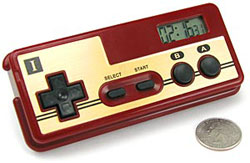 Feeling nostalgic for the golden era of console gaming? You need the Nintendo NES Controller alarm clock. Yes, this Japanese-made gadget looks like an an NES controller, but instead of making Mario jump, it gets you out of bed in a morning.

In fact, the look isn’t the only Nintendo connection – the alarm also features sounds from Super Mario Brothers and there’s even a built-in mini game – get a high score and you can unlock a "secret" alarm sound.

All functions are accessed via NES-style buttons, with a small stand included to you can sit it by your bed and see the time.

Available now, you can buy it online from Think Geek for $24.99. 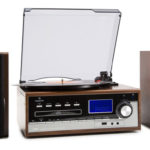