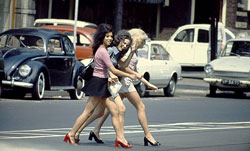 From the First World War to the Cold War, the sexual revolution to the Velvet Revolution and communism to capitalism – everything is covered in a forthcoming exhibition at the Barbican – In The Face Of History: European Photographers In The 20th Century.

Obviously, when you’re dealing with war and conflict, there are some very serious and moving images on display, but mixed in with those are some lighter works, like this photograph of Amsterdam in 1966 by Ed van der Elsken. 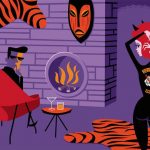 The officially licensed Carry On artwork collection by Art & Hue