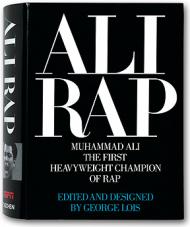 "He was rapping before they called it rap."
Berry Gordy, founder of Motown Records.

Muhammad Ali didn’t just fight a good fight – he talked one too. And Ali Rap: Muhammad Ali – The First Heavyweight Champion Of Rap brings together the best of that talk.

The book contains over 300 rap rhythms, witticisms, insults, wisecracks, politically incorrect quips and words of inspiration from both the young Cassius Clay and the older Muhammad Ali. As well as the words, there’s the images, all put together by graphic designer, George Lois, creator of many iconic Esquire covers of the 1960s.

Just My Type by Simon Garfield 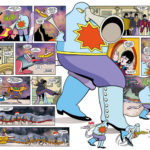 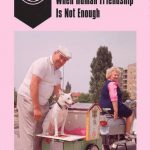 More classics get a modern-era update: The I-Spy For Grown Ups books by Sam Jordison