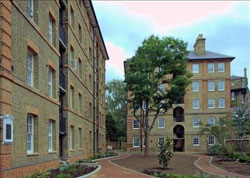 Fancy living in a famous rock star’s house? Well, you can live in a place that’s housed Sid Vicious, John Lydon and Boy George if you have upwards of £360,000 spare.

The building in question is the grade II-listed New Court, Lutton Terrace, Hampstead in London, one-time squat for Vicious and Rotten at the Sex Pistols’ height, described at the time as ‘A1 squalor’. Except these days, the building is now a collection of 36 one and two-bedroom flats with price tags to match the upmarket postcode. For sale as housing association through Genesis homes, the flats are £360,000 for a one-bedroom and £450,000 for a two-bedroom, with 10 of the flats for sale.

So, any sign of Vicious still there? Well, it seems like over-zealous renovation in the 80s removed all of Sid and Johnny’s etchings on the wall of their former home (number 39), but you can still see Sid’s name on one of the bricks outside the building. 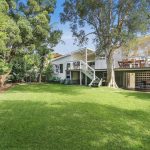 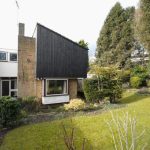 For sale: 1970s five-bedroomed house in Gosforth, Newcastle upon Tyne