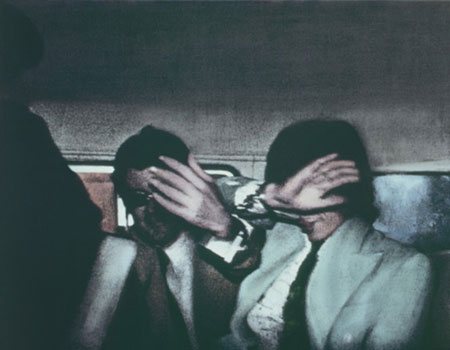 It seems amazing that this hasn’t been done before but the latest exhibition at the National Portrait Gallery, Pop Art Portraits, is the first to explore the role of portraiture within the influential art movement.

The exhibition comprises of 52 pieces by 28 artists, from America and Britain in the 1950s and 1960s. It features work by Andy Warhol, Robert Rauschenberg, Jasper Johns and Roy Lichtenstein alongside those of Peter Blake, Richard Hamilton, David Hockney and Patrick Caulfield. The exhibition examines the artists’ obsession with the famous, how they utilised images from advertising, cinema and music and created a whole new style of portraiture.

The exhibition runs from 11 October to 20 January 2008. Further details can be found on the National Portrait Gallery website.

Retro-style travel prints by Dorthe Mathiesen at The Gifted Few