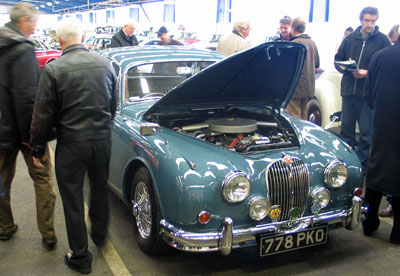 Last month saw the last BCA classic car auction at Blackbushe for 2007, with rare gems, along with plenty of bargains to be had. And if you missed out, we have the dates for 2008.

If you fancy checking out future auctions, the 200 dates/locations are
BCA Blackbushe on 26th February, 7th October and 2nd December, with a
July summer evening event at Blackbushe on a date to be confirmed.  BCA
will also hold a classic sale at Bridgwater in the West Country on 22nd
April, with the Brooklands Tradition Sale taking place at Brooklands
Museum on 5th June.

Find out more at the British Car Auctions website