Was Pete Doherty relieved or disappointed when he turned 28 last year? On one hand, he had survived being 27, that cursed age when so many musicians die, but he had also missed out joining that iconic club.

Apparently over 30 musicians have died at 27, but it is the five most famous members of this club, that are the focus of the latest exhibition at Proud Camden, poignantly entitled “Forever 27”. First was Rolling Stones founder, Brian Jones who drowned in a swimming pool in 1969, then in the next two years, he was followed by Jimi Hendrix, Janis Joplin and Jim Morrison. Kurt Cobain was a late addition in 1994.

The exhibition features a mixture of iconic and never before seen images by some of the world’s best music photographers, including Elliott Landy, Phil Townsend, Steve Double, Jill Gibson, Joe Sia and Gered Mankowitz.

The exhibition will undoubtedly be a cause for reflection on the pressures of fame, the nature of talent and the waste potential of these stars, but hopefully it will also be a celebration of those short lives too. 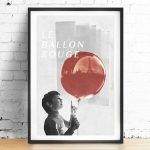 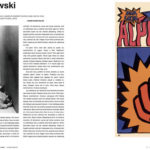