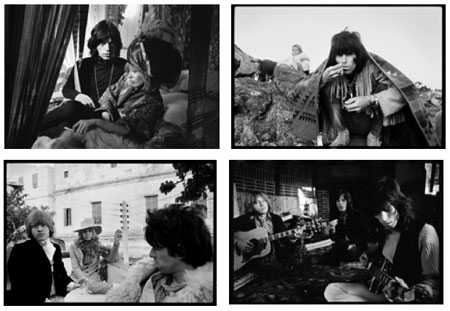 Two separate collections of Stones photos are collected in one exhibition – Majesties and Exiles: Photographs of The Rolling Stones by Dominique Tarle and Michael Cooper.

Taking place at Birmingham’s Snap Galleries, the exhibition includes Michael Cooper’s images from the late 60s, Cooper’s closeness to the band producing both iconic and candid snaps from (arguably) the band’s most vital era. In addition to those, the photographs of Dominique Tarle, who documented the band’s 1971 tax exile in France.

According to Gallery owner Guy White: “Dominique and Michael are both extremely important photographers who were part of a seminal Stones era that’s respected and revered by fans and by the band. It is very unusual for a single exhibition to be split equally between the work of two photographers, but it struck me that the archives were so complementary, with many consistent threads, synergies, and characters running between them, that it made perfect sense”.

You can view the images from 13th September to 15th November 2008 at Snap Galleries, Fort Dunlop, Birmingham. Check out the website for full details.

Haunted by the 80s by Terry Fan