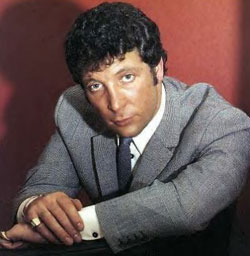 Barry Murphy returns once more trawl the TV and radio guides (so you don’t have to) to find anything worth tuning into this week. All listings are for UK terrestrial TV, Freeview and national radio, with the shows running from Friday 28th November to Thursday 4th December 2008.

The TV highlight this week is the first of a new three-part documentary series Sex, Drugs and Rock ‘n’ Roll: the 60s Revealed (Five. Monday 1st December, 9pm) which features never-before-seen footage of iconic figures from the 1960s. Forty years ago, TV personality Bernard Braden conducted interviews with some of the biggest names in British popular culture for a proposed series called Now and Then. In all over 300 interviews were conducted, resulting in over 109 hours of footage but the project was never finished. Some of those celebrities now look back at these interviews and reflect on their experience of the 60s. The first episode features stars of music and fashion, including Tom Jones, Cilla Black, Lulu, Simon Dee and Ossie Clark.

Minder – ITV 4. 6.00pm – 7.00pm
Arthur dabbles in the glamorous world of fashion, only to find himself relegated to minding the frocks.

The Clash: Westway to the World – BBC 4. 9.00pm – 10.00pm
Don Letts’s Grammy award-winning portrait of the punk band in which all four members talk about their rise to fame, and why they never reformed after their split.

The Clash Live – Revolution Rock – BBC 4. 10.00pm – 11.00pm (Repeated 1.15am)
Documentary about the influential, political punk band, including studio clips from 1979 and footage of their 1978 concerts at the Music Machine and the Lyceum in London.

Charlie Brooker’s Screenwipe (2/6) – BBC 4. 11.00pm – 11.30pm
New series. The acid-tongued critic looks at how portrayals of men and women in commercials have changed over the years to reflect who really has control of the purse strings.

Oasis: Lord Don’t Slow me Down – Channel 4. 12.05am – 1.15am
The Burnage bad boys filmed during their recent – and mammoth – Don’t Believe the Truth world tour.

Film: Quatermass and the Pit (1967) – ITV 1. 2.15am – 3.55am
Science fiction thriller starring Andrew Keir and Barbara Shelley. During work on the London Underground system, a strange object is found.

Minder – ITV 4. 8.00pm – 9.00pm
Terry is drafted in to protect a champion boxer making a comeback after two years away from the ring.

Charlie Brooker’s Screenwipe (2/6) – BBC 4. 11.40pm – 12.10am
New series. The acid-tongued critic looks at how portrayals of men and women in commercials have changed over the years to reflect who really has control of the purse strings.

Film: The Ipcress File (1965) – BBC 1. 11.50pm – 1.35am
Spy thriller starring Michael Caine. Intelligence agent Harry Palmer is plunged into the world of counter espionage as he uncovers a bizarre "brain drain" among scientists.

Hammer House of Horror – ITV 3. 12.10am – 1.15am
The House That Bled to Death. A family moves into a house which has been left derelict since a macabre murder took place there. Chiller, starring Nicholas Ball, Rachel Davies, Emma Ridley and Brian Croucher

Sex, Drugs and Rock ‘n’ Roll: the 60s Revealed (1/3) – Five. 9.00pm – 10.00pm
New series. In the 1960s Bernard Braden interviewed some of the biggest stars of the day. Forty years on, some of those celebrities, including Cilla Black, Lulu and Tom Jones, look back at their young selves and the decade that changed the world.

Survivors (3/6) – BBC 1. 9.00pm – 10.00pm
Abby stumbles across a community that could hold the key to everybody’s future. Greg and Tom find a family seemingly unaffected by the virus.

Flight of the Conchords Special: One Night Stand – BBC 4. 9.30pm – 10.00pm
Performance by the folk-singing duo, who present several of their popular musical parodies.

Comedy Classics: The New Statesman – ITV 1. 10.40pm – 11.40pm
Assessing the controversial political satire, which appeared in 1987 and starred Rik Mayall as the Right Honourable Alan Beresford B’Stard – the most right-wing MP in the House of Lords. Followed by a classic episode, Piers of the Realm.

Charlie Brooker’s Screenwipe (3/6) – BBC 4. 10.30pm – 11.00pm
New series. The critic is joined by writers from such popular shows as Doctor Who, Father Ted and Peep Show to discuss the TV industry.

Rather You than Me – BBC 4. 11.20 – 12.20am
Docu-drama in which Little Britain star David Walliams portrays Frankie Howerd. Also starring Rafe Spall.

Film: Please Sir! (1971) – Channel 4. 1.30pm – 3.25pm
Spin-off from the TV sitcom. When the pupils from Fenn Street School get the chance to go on a trip to the countryside, Bernard Hedges (John Alderton) makes sure his class is included despite his colleagues’ disapproval. Classic British romp featuring Duffy, Frankie Abbott, Maureen & the gang. With a groovy theme song from Cilla.

The New Avengers – BBC 4. 7.40pm – 8.30pm
The agents come up against Professor Turner and his sidekick Midas – who carries some of the most deadly diseases known to man.

The Three Stooges: Movie Maniacs – BBC Radio 4. 11.30am – 12Mid-day
Comedy writer and historian Glenn Mitchell profiles The Three Stooges, one of the most energetic and durable acts in show business. He documents the career as Stooges for comedian Ted Healy in the 1920s, through to the early work at MGM, the Columbia shorts, and their feature films and TV appearances. 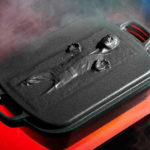