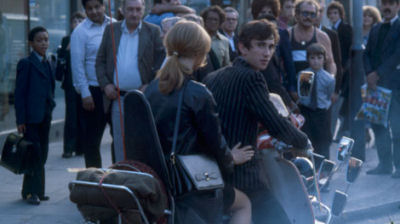 It is on television pretty regularly and readily available on DVD, but this week the BFI Southbank offers you the chance to see Quadrophenia on the big screen. Plus the screening will be attended by director Franc Roddam and star Phil Daniels.

The reason for the screening is that Quadrophenia came third in the BFI’s recent poll “Visions of the Future” where they asked 75 leading figures in the world of film and current affairs which one film they would like to share with futures generations.

There are still tickets available for the screening on Saturday 17 January at 5pm. Visit the BFI website to book.

One thought on “See Quadrophenia at BFI Southbank”