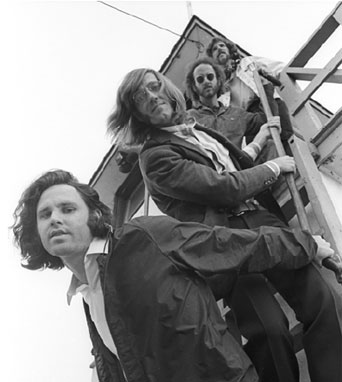 The documentary movie of the same name is about to hit the big screen, so it's the perfect time for the Idea Generation Gallery in London to host When You're Strange, a photo exhibition of The Doors.

Described as 'an intimate look' into the band, When You're Strange showcases the work of the key men who captured the band in stills – Henry Diltz, Joel Brodsky, Bobby Klein and Ken Regan. Their iconic images rub shoulderswith lesser known archive shots and previously-unseen images from the members' home lives and whilst on tour. If you're a fan, it's a must-see.