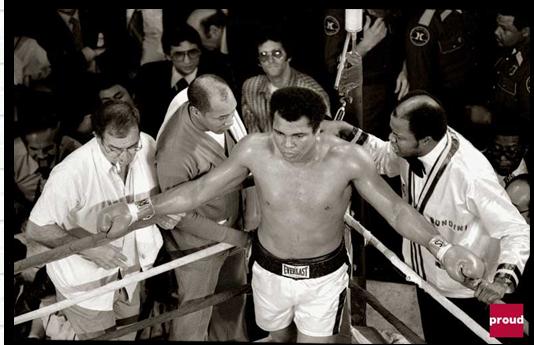 To coincide with the 50th anniversary of his Olympic Gold Medal, Proud Chelsea hosts the exhibition Muhammad Ali: The Champ.

The exhibition consists of photographs taken by photojournalist Michael Gaffney, who was determined to photograph the boxing legend after regretting never having the opportunity to photograph Elvis before he died. What initially began as a two week assignment became a year long project when a friendship developed between the two men and Gaffney was given unparalleled access. The resulting photographs capture the spirit of the man both in the ring and in private.

The exhibition runs until 3rd October at Proud Chelsea in London. For further information visit the Proud website.

Lifestyle Illustration of the 50s by Rian Hughes