Fancy a complete overview of Manchester’s indie scene? That’s what you get with the Manchester North of England 1977 – 1993 box set.

It is huge too. Covering 146 tracks over seven discs, this is described as the ‘ultimate tribute to the independent output of that most important and iconic of musical cities’.

It tells the story of how indie music exploded in Manchester after the release of the Buzzcocks’ Spiral Scratch EP, taking in as many genres as you can think of, as well as the likes of Joy Division, The Fall, New Order, James, Happy Mondays, Stone Roses, Morrissey, John Cooper Clarke, 808 State, A Certain Ratio, Durutti Column, The Charlatans and Oasis. A whole bunch of other acts you might never have even heard of to, but who are waiting to be discovered or rediscovered.

The set comes with exhaustive sleevenotes by the city’s leading music journalist of the era, Mick Middles, as well as a foreword by Mark Radcliffe 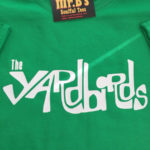