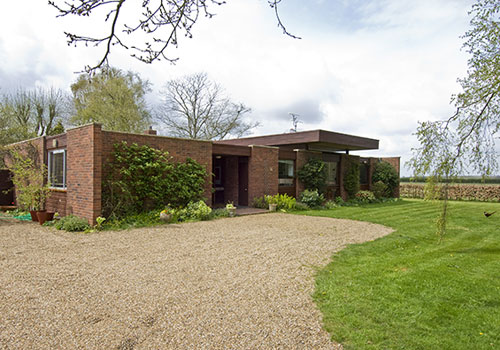 Another midcentury modernist gem on the market, this interesting four-bedroom house in Bentworth, near Alton, Hampshire, the work of architects  Gore, Gibberd and Saunders.

Highlighted by respected architectural historian Sir Nikolaus Pevsner in his Buildings of England series as a good example of 1960s design, it has what's described as a 'dramatic' cantilevered roof and clerestory windows and has been sympathetically maintained by the current owner, who has also updated it for the modern era.