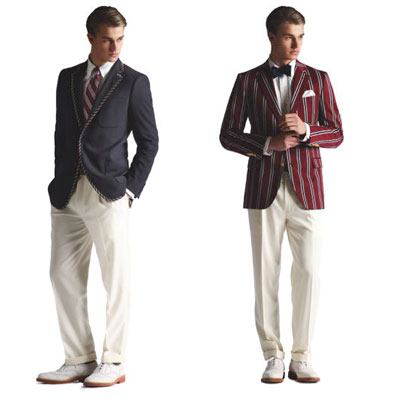 We have featured a lot of vintage-inspired clothing for women, but all too often, men's clothing doesn't get a look in. So we're pleased to see The Gatsby Collection at Brooks Brothers, which should be available from today.

According to Brooks Brothers, the limited-edition menswear collection is inspired by the costumes in Baz Luhrmann's film of The Great Gatsby, offering a mix of formalwear and daywear, including dinner jackets, tailored suits, separates (sport coats, waist coats and trousers) plus shirts, ties, shoes, and accessories.

Much of the clothing designed for the film by Catherine Martin was based on 1920s items in the Brooks Brothers archive, so there's definitely a degree of authenticity here. 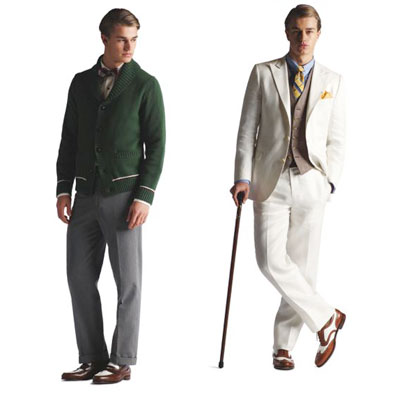 The limited edition collection will be available in over 150 Brooks Brothers stores around the world, including the London store from today, should you want to check it out. That store should also have an exhibition showcasing the actual costumes worn in the film.

If you can't get there, check out the Brooks Brothers Great Gatsby website with bonus content, videos and more here. You can also buy online, but trust us, this stuff doesn't come cheap.