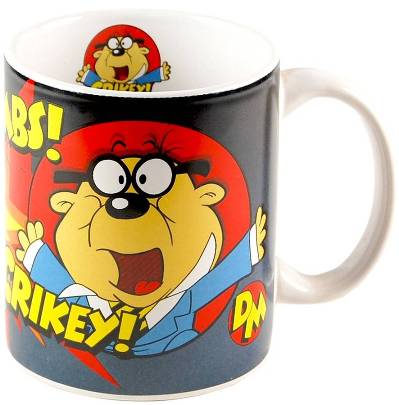 If, like me, you were a child in the 1980s, you'll no doubt recognise Penfold, the hapless sidekick on this Danger Mouse Mug by Lucky Roo.

The Cosgworth Hall animation series first came on our screens in 1981 and apparently ran right up until 1992. Lucky Roo have created two mugs featuring characters from the show The Penfold design features the cute character along with his catchphrases 'Crickey' and 'Crumbs'. The second design features key characters from the show; Danger Mouse himself, Penfold again, their boss Colonel K and the villian Baron Greenback. 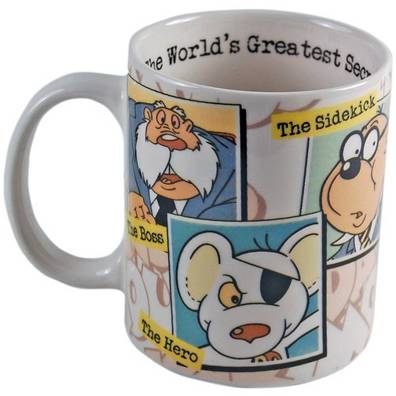 The mugs cost £9.95 each from Lucky Roo via Not on the High Street.