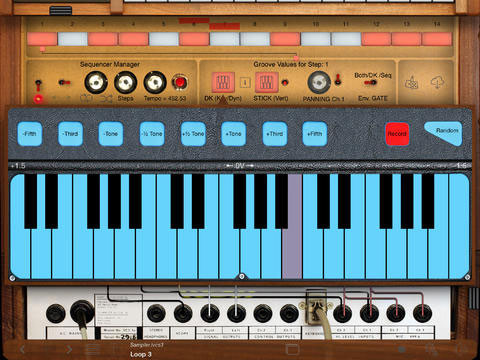 Ok, geek time (and I include myself in that). There's an app that rectorates the machine that produced electronic sounds in the 1960s and early '70s. It's called the iVCS3 and is the EMS VCS3 emulator for the iPad.

Confused? Let us explain. The VCS3 was created in 1969, pitched as the first portable commercially available synthesiser. It was popular amongst a  wide range of musicians, including the likes of Jean Michel Jarre, Hawkwind, Brian Eno (with Roxy Music), King Crimson, The Who (on 'Won't Get Fooled Again') and Pink Floyd to name just a selection. It was also used extensively in the BBC’s Radiophonic Workshop, and as such, provided the soundtrack to Doctor Who.

From that, you can probably work out just what sounds can be produced by it. Creating those sounds is likely to be a labour of love though. One look at the images of this thing should tell you that, not to mention the technical description that comes with it – oscillators, noise generator, input amplifiers, ring modulator, voltage controlled spring reverb unit – I think you get the idea.

But for some, that's probably the key selling point here. Something to tinker with and play with to create weird, wonderful and unique sounds. We'll be downloading as soon as the mild weather breaks (especially in light of the fun we had with the Animoog app for the iPad). 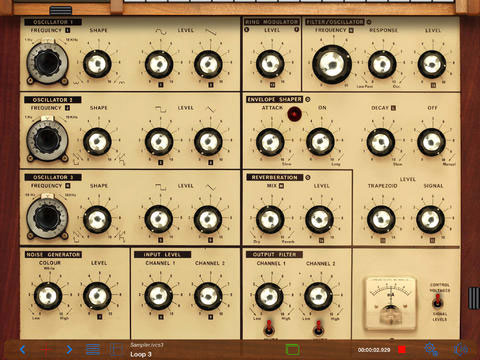 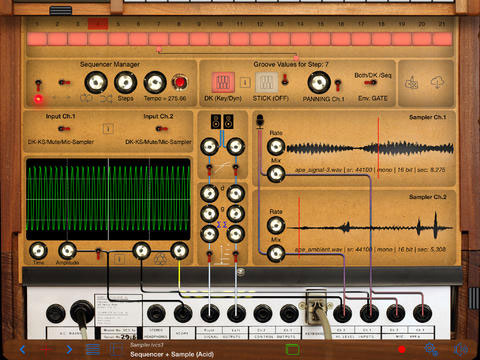