If you love cycling as much as the man behind thus book, you’ll probably want to own Paul Smith’s Cycling Scrapbook, which is just out via Thames and Hudson.

It is a 256-page book that is essentially a ‘scrapbook’, highlighting the people, places, races and items that have struck a chord with designer Paul Smith during his lifelong love affair with the sport.

So examples from his extensive collection of classic cycling jerseys and his considerable library of cycling publications and brochures of the 1950s and 1960s though to the riders, bike makers and race organisers he has worked with and loved.

The result is described as ‘not merely a book about one man’s enthusiasm for a sport, but an insight into how the people, stories and imagery that fill this passion have influenced one of the most successful personalities in the design world.’

London in the Sixties book by Rainer Metzger 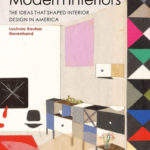