No, this isn’t a spin-off of the modern remakes. Planet of the Apes Monopoly is based on the 1968 original.

This is why I am featuring it here. Basically, I love the original series of films (and the TV series come to think of it) and I am partial to a game of Monopoly, like most people. So this is something of a marriage made in heaven for me and I would guess many others too.

Of course, it is Monopoly at its heart, but the look is definitely old-school sci-fi and so are the details. Instead of Chance and Community Chest, you have ‘Human See’ and ‘Human Do’ while the areas you are used to are replaced by film-friendly locations like the Forbidden Zone and The Statue of Liberty ruins. Oh yes, the money has apes on it too and Dave Perillo-designed tokens. Lovely things to see.

The game is officially licensed, good for 2 to 4 players and anyone over 8 years of age. Amazon has it for just over £30 but they are short of stock so don’t hang around. 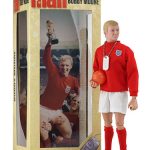 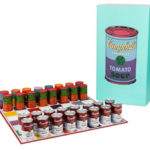