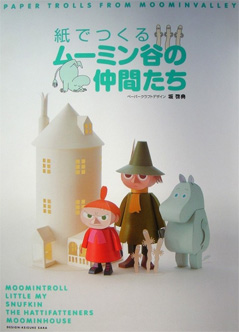 Create your very own Moomin family with this Paper Trolls from Moomin Valley Craft Book from Magma.

END_OF_DOCUMENT_TOKEN_TO_BE_REPLACED 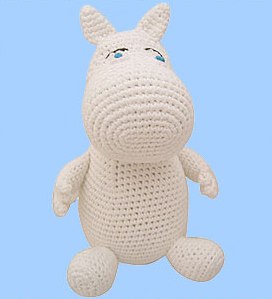 Moomins have been found adorning many products in recent years, so it seems only right that those cute Finnish characters should be recreated as toys too.

Crochet Moomins are available in a variety of different characters from the 1950s book including Moominpappa, Moominmamma and Moomin snorkmaiden. You might you are too old for a soft toy, but if you consider it more as a classic piece of Finnish design, then there is nothing to stop you being this. 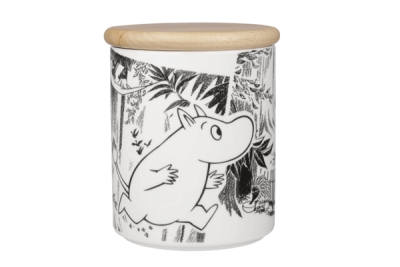 Moomin products are as popular now as they were when they were originally created in the 1950s, and whilst many fans of the originals have criticised the recent glut of products for being too commercial, some of the products retain the charm of the original illustrations.

A great example is the Moomin Adventure Jar, which features a Tove Jansson illustration from the 1954 book “Moominsummer Madness” from the Adventure series. The monochrome illustration shows Moomin with a house and forest scene in the background, which looks kind of spooky.

The jar measures 16cm high by 12cm diameter and costs just under £36 from SCP.