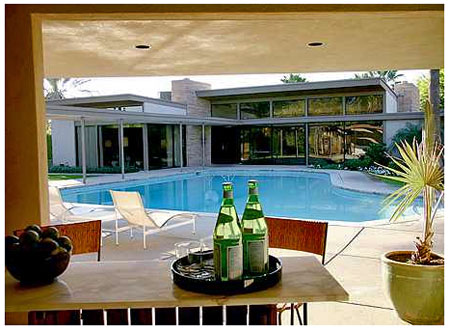 Forget a Vegas getaway, if you want a real rat pack retreat, you can check into Frank Sinatra’s Palm Springs home.

Sinatra commissioned Twin Palms in 1947, living there for 10 years. It was built by architect E. Stewart Williams, setting a marker for modern living at the time. In fact, it was even featured in a film – The Damned Don’t Cry in 1950.

And you too can spend time in the house, restored to its mid-century glory with every period fitting and decoration you can imagine. But it isn’t cheap – the house sleeps eight, with a minimum stay of three nights. That will set you back $7,800 (£473pp). But you do get a concierge thrown in. And you can hire it for weddings.

Take a tour of the house at the Twin Palms website