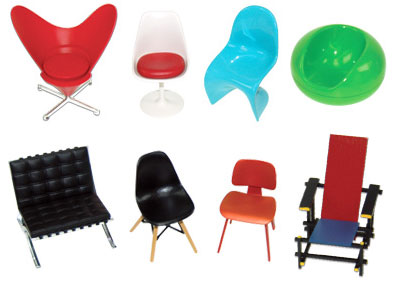 Remember the Panini football stickers? As a kid, you bought packet after packet to fill an album – constantly buying the same ones in the hope of finding that elusive missing player. I sense that the Desktop Designer Chairs are the design equivalent.

The chairs are miniatures (1/12 scale) of mid-century and vintage classics but each one is boxed in a way that you cannot tell what’s inside. So you can order one from a certain series, but you’ll never be sure which ones will arrive through the post.