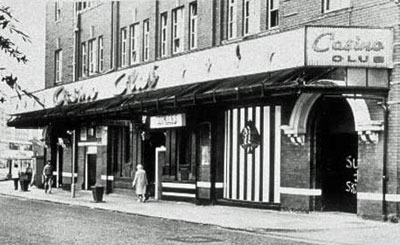 Making its debut at Bolton’s Octagon Theatre, it’s described as ‘a full-on celebration of Wigan Casino and its legendary Northern Soul all-nighters when kids from blue collar lives all across the country could escape 70s tedium and get Out on the Floor and Dance Dance Dance.’

It’s September 1981, the last night of the Casino, and Britain is changing. For Danny, Maxine, Suzanne and Bolton boy Eugene Northern Soul has been their way out – a weekly escape hatch! The Wigan all-nighter was the highlight of the week, but as the club opens its doors for one last time, Eugene takes us back on an emotional journey to his very first heady night at Wigan, when he saw and fell in love with Maxine – a potent mix of drugs, sex, love and classic 60s and 70s American soul music.

Written by Mick Martin and directed by Mark Babych, the show also features a live band of actor musicians playing northern classics throughout. It runs from Thursday 5th June to Saturday 28th June 2008, with ticket prices starting at £8.50. 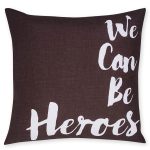 David Bowie-inspired reversible cushion at Next