Mars has already brought back Opal Fruits in the UK – and now it looks like it will ditch the name Snickers and bring back the Marathon too.

Mars ditched the Marathon name in 1990 in the UK, opting for the more global Snickers name instead. But according to a report in The Grocer magazine, Mars has recently re-registered the Marathon brand as a trademark in the UK – with the likely intention of bringing it back for some seriously positive publicity – like Cadbury received after it re-introduced the Wispa.

However, Mars is playing it cagey, claiming there were "no immediate plans" for another retro re-brand just yet. Which probably means it’ll be here later this year. 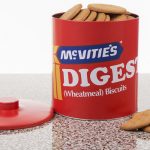