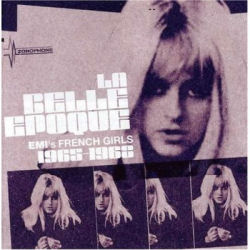 Whilst the V&A celebrates the sounds and styles of the Supremes this summer, this compilation pays tribute to the French sound from a similar period. "La Belle Epoque: EMI’s French Girls 1965-68" brings together 20 songs released on EMI’s various French labels in the 1960s.

It goes beyond the usual suspects of Serge Gainsbourg’s women and Françoise Hardy, to include more obscure acts, but ones that nonetheless still have the unmistakable French sound – although Gainsbourg does pop up with Michele Arnaud’s “Les Papillons Noirs”. It also features Sandie Shaw, who obviously isn’t French but did release some songs in other languages.

It is available to buy from Amazon for under £5, so a cheap way to bring a little French sophistication to your stereo this summer.