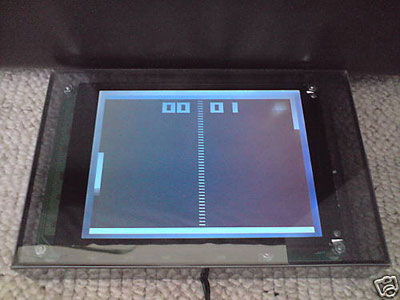 Back in 2006, we featured the Pong Clock by Dutch design studio Buro Vormkrijgers – a cool piece of retro design produced in very limited quantities for 199 Euros. In hindsight, that was probably a shrewd investment.

One of the clocks has surfaced on eBay with a ‘Buy It Now’ of £799.99. Now that sounds hefty, but bear in mind only 400 of these were officially made worldwide, with Atari stepping in to ensure only that number were made (they still own the copyright).

In terms of what you get, well it’s a digital clock in a smoked casing and in the style of the original game and with a game of Pong built in – against the clock though, not against someone else. The Pong Clock has a serial number and signature and this particular model is unused and is still in the original packaging. Personally I still think it’s a little expensive, but if you have the cash, it’s an investment that can only go up.

Thanks to Jenny for flagging this up. 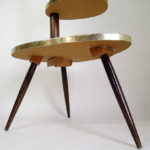