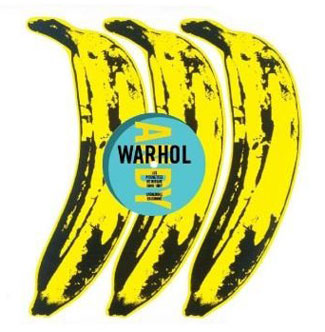 Everyone knows about Andy Warhol’s connection to music, but only now has it been brought together in one volume – Andy Warhol: The Record Covers, 1949-1987 by Paul Marechal.

Everyone from Count Basie, Tchaikovsky, Aretha Franklin through to Lou Reed, Diana Ross, John Lennon and the Rolling Stones have benefitted from Warhol covers – in fact, 50 covers were actually produced by the man, all reproduced here (front and back) alongside over 100 additional illustrations, related works and background.

For both music and arts fans, it’s a must. And it is available now in hardback for £30.

You Are Here and May We Help You? – vintage-style London maps by Herb Lester Associates

Raindrop poster from The Hambledon