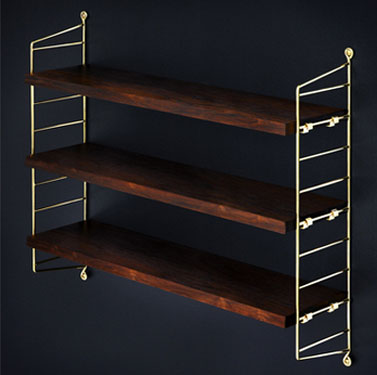 As you may already know, we're huge fans of the mid-century String shelving system, both for its looks and its affordability – you can build it up as space and cash permits. But what you might not know is that String is 60 years old – and that fact fact is celebrated with a limited edition, String 60.

And it really is something special. To celebrate 60 years since Nisse Strinning designed the first units, Swedish designer Mats Theselius has given it a makeover. Thankfully he hasn't tampered with a classic, instead he's taken it high-end, producing limited edition 'pocket' shelves in gold plate and palisander.

Each of the 600 units is individually numbered with a commemorative plaque and each contains two side panels in gold plate and three palisander shelves. It's not as cheap as the standard versions obviously, but at £290, it's still one of the cheapest collector's pieces you'll see for quite some time. 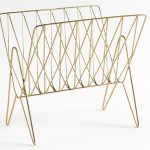 Midcentury-style Fonteyn bed at Made

Moka Lamps by Lamponi – made with vintage coffee makers