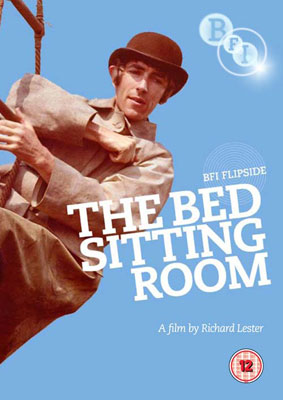 The name Flipside is certain to be familiar with cult film lovers out there – the BFI has been putting on events under that name for many months, unearthing overlooked gems and cult classics for the big screen, as well as bringing in the people behind those movies for Q&A sessions and adding a few related shorts for added entertainment. And now Flipside is bringing those movies to DVD and Blu-ray.

The label follows the same path as the film events, digging out genuine lost classics, getting some informed comment for the booklet and packing each one with a host of extras. if that's not enough, all the films are newly-mastered in HD from original film elements.

Over at Cinedelica, we've got previews of the first three titles in the series – The Bed Sitting Room (1969), London in the Raw (1964) and Primitive London (1965). The first is much-overlooked Richard Lester satire about nuclear war, which was written by Spike Milligan and starred the likes of Peter Cook, Dudley Moore and Rita Tushingham. The second and third are Mondo-influenced ‘shockumentaries’ from Arnold Louis Miller, looking at the seedy side of London, not to mention mods, rockers and beatniks. If you want to know all about the films ahead of release, follow the link below. 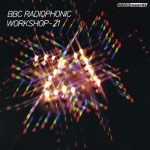