Skip to content
171shares
Note all articles are independently researched and written by myself. However, if you buy via one of the links it may be an affiliate and I may earn a small commission. 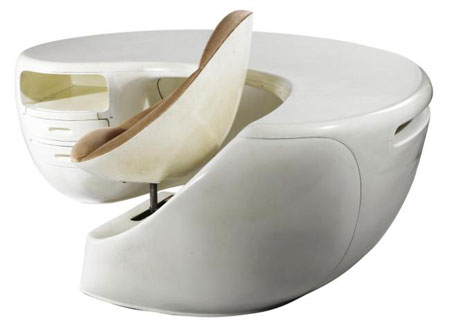 If you've come into a bit of money of late and fancy kitting out your home with the finest 1960s space age design, you can make a start with one of the most sought-after examples – the Maurice Calka P.-D.G desk.

It was designed by the French sculptor and designer in 1969, based on a polished stone and made almost entirely out of fibreglass, including the integral adjustable swivel chair – although that does have an upholstered lining for a bit of comfort. 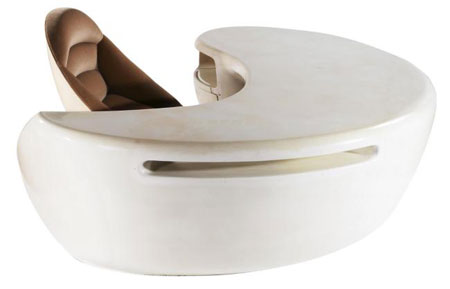 The desk was designed for Leleu-Deshays, which produced just four or five in total – the one up for auction was bought directly from Leleu-Deshays in 1971. With that in mind, it's hardly surprising that the desk has an estimate of between £60,000 and £90,000 is being quoted.

If that's a but rich for you, check out the rest of the Fine 20th Century Design lots up for sale at the Sotheby's website. The auction itself takes place on Tuesday 28th April 2009 at 2pm.