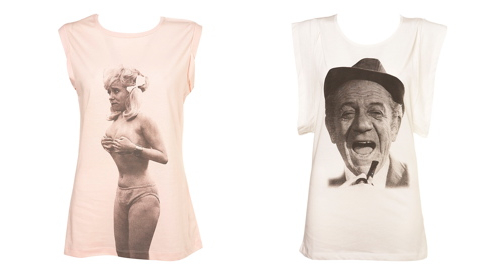 The great history of the British film industry can't go by without a mention of the Carry On films. Whether or not you're a fan, the series has become an icon of a certain type of baudy humour that's undeniably British.

These shirts by the wonderfully named Tee and Cake design company feature the instantly recognisable characters from the franchise, including Barbara Windsor and Sid James seen here. Also available is a Kenneth Williams version.

They're available now from Topshop for £20 each.