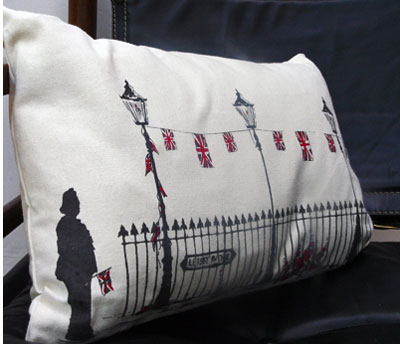 The Letsby Avenue design by Lost and Found features a nostalgic British street scene, with a policeman, union jack bunting and a street sign bearing the punning name hung on metal railings.

For those interested in such things, there is apparently a real street called Letsby Avenue in Sheffield, but this design suggests a London of days gone by. The design is available as either a cushion or a tea towel, both made from 100% cotton.

The cushion costs just under £50 and the tea towel £12 from Rockett St George.