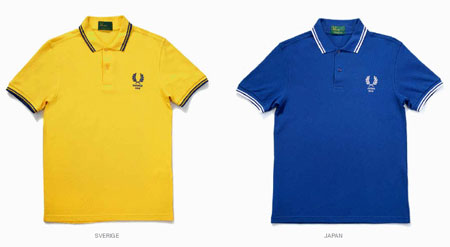 We mentioned these at our Modculture site last year, when they were just possibles for market, but now we've had conformation that the Fred Perry Tournament Edition World Cup 2010 polo shirts are going into production – and soon.

The shirts will feature 12 of the nations who have qualified for this year's finals, all in the colours of the nation, although the England one is in '66 red (so it doesn't get mixed up with Germany I presume). Detailing is also in line with the country's football colours, the badge having the name of said country under the Laurel logo. A nice twist on the classic shirt which, I suspect is going to fly off the shelves as summer arrives. Certainly better than the current generation of replica tops.

The countries featured are Brazil, Denmark, England, France, Germany, Greece, Holland, Italy, Japan, Slovenia, South Korea and Spain – Japan and Sweden are pictured above, with England, Brazil, Italy and Spain over the page. Look out for them in Fred Perry stores from May, price still to be confirmed. 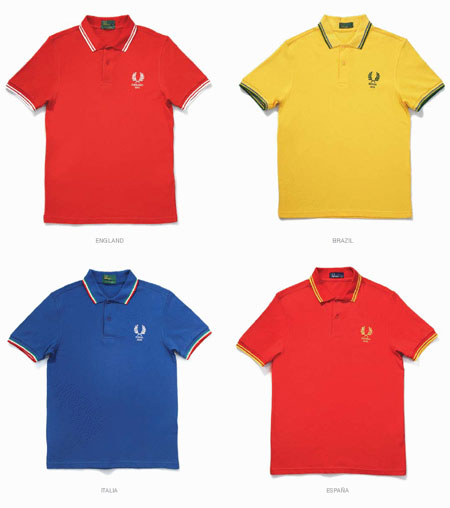