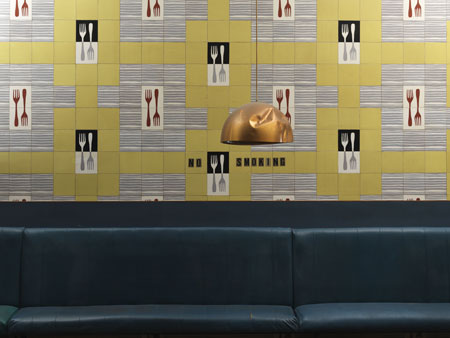 It's amazing to think that in the centre of modern-day Liverpool, there's a small pocket of the 1950s still in existence. You can find out all about it in Lewis’s Fifth Floor: A Department Story at the National Conservation Centre Whitechapel, Liverpool.

Running from 26th February until 30th August 2010, Lewis’s Fifth Floor: A Department Story is a photography exhibition by Stephen King, featuring images taken in one of the UK’s oldest department stores, Lewis’s. King has visited the store’s ‘lost’ fifth floor, closed to the public for the last three decades. Its world of 1950s design has remained hidden since it was closed to the public in the early 1980s, being used as a storage floor ever since. 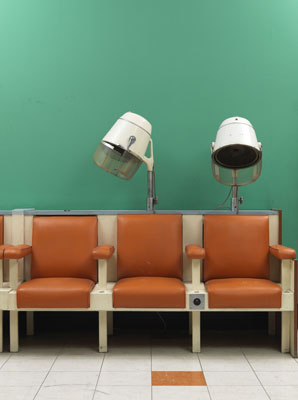 The two-part exhibition offers a rare glimpse of the spaces which originally comprised three restaurants and what was at one time the world’s largest hair salon, as well as highlighting the faces of 40 current and ex-employees. Included in the exhibition are images of the cafeteria which once seated 600 people, with its Grade II listed unique hand-painted ceramic tile work, designed by Carter’s of Poole and inspired by a mural at the 1951 Festival of Britain.

If you can't get along to see it, you'll also find details on the website or you can pick up a book that accompanies the exhibition, a 160-page hardback, which you'll find at Amazon, priced at just over £16.