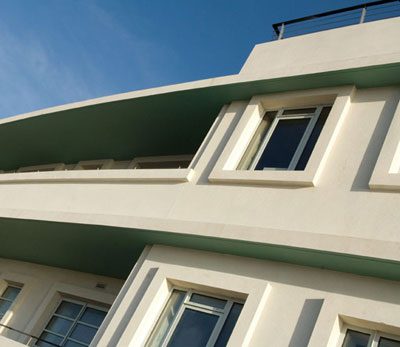 This weekend sees the grand re-opening of one of the most impressive art deco buildings in Britain – the Midland Hotel in Morecambe.

Back in the 1930s, when Morecambe was one of our thriving seaside resorts, it was the place to be seen – the likes of Coco Chanel, Mrs Simpson and Noel Coward were some of well-heeled visitors seen in the lobby. But times changed and the hotel declined in tandem with the resort – leaving a derelict ruin on the front for many years.

That was until Urban Splash got its hands on it. The hotel was resurrected, with the facade and key architectural features given an overhaul, while the interior was developed to the kind of standard you would expect from a high-end hotel, with a cocktail bar, upmarket eaterie and penthouse suites thrown in for good measure. 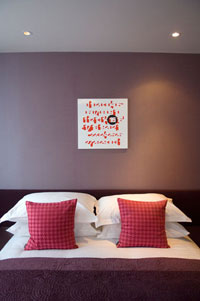 We had hoped to bring you a report and some images from the newly-opened hotel, but it seems the one thing Urban Splash has missed out on is basic customer service. We tried unsuccessfully to use the online booking form to get a room, then tried contacting the hotel on various occasions enquiring about availability and prices. But still no reply.

So as I write this, I’m presuming the hotel is fully booked for the rest of the year. If it’s not, Urban Splash might struggle to get its money back unless it actually sorts out its booking system. If you want to give it a try, you can find out more and make a forlorn attempt at getting a room via the link below. We might see you there if things change.