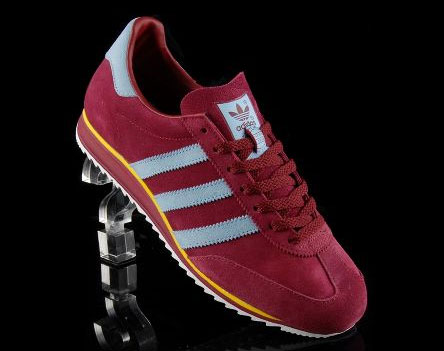 We did cover one reissue of these back in September last year, but Size has got its own exclusive colour options for sale of the Adidas Jeans OG trainers – one of which will probably be in demand from Aston Villa and West Ham fans.

I’m talking about the claret and blue option above, which is released alongside a two tone blue colour (pictured over the page), both of which are available online right now. If you’ve missed them previously, the Adidas Jeans was initially introduced in the late 70s, desiged to be worn with jeans and was much-loved on the terraces.

Aside from the colours, this reissue keeps the trademark dash of yellow on the sole and the all-suede upper,selling online for £64.99.

Update: This reissue is no longer available. However, you can get two recent reissues of the Adidas Jeans trainers at the End Clothing website. 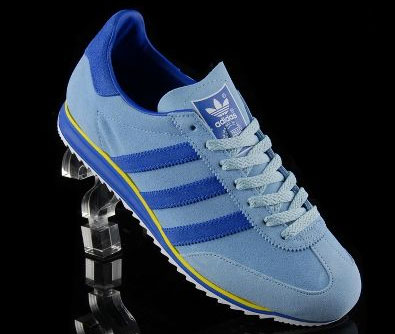