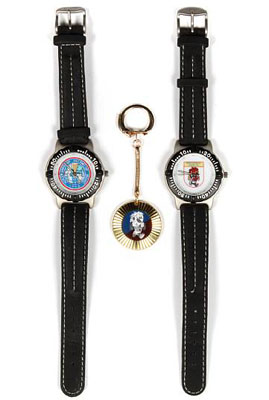 There's a World Cup memorabilia auction at Bonhams in Chester, with lots priced with quite reasonable estimates – as these unique 1966 World Cup watches show.

Why unique? Well, they were were produced as samples and never went into production as they were thought to be too expensive for World Cup memorabilia. But in 2010, they're not too badly priced considering their uniqueness. Estimate is £200 – £250 for the whole lot. If you're interested, get yourself down to Bonhams in Chester on 16th June 2010 or leave a bid on the books.

Get nostalgic with the Cassette Face watch