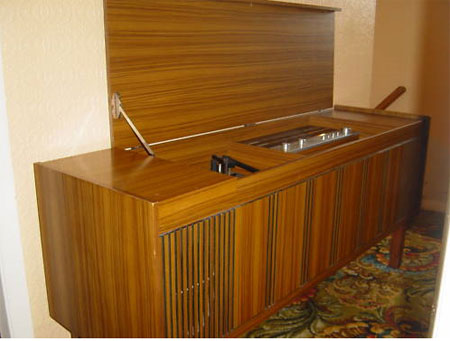 Type in the words radiogram or stereogram into the eBay search box and you'll be greeted with numerous vintage stereo systems built into sideboard-like wooden cases. They were the norm for years, but fell out of favour as audio systems became smaller and more portable. Which inevitably means there are plenty around today – like this Columbia 1960s stereogram.

Like the majority of these things, the stereogram plays your vinyl and offers access to numerous bands of radio. If that's not enough, it doubles up as a vintage-style sideboard, offering storage too, just like a sideboard would.

The one here 'could probably do with a new needle' and 'some TLC', but is said to be in full working order aside from that. It's up for just £2. If you don't like the look of this one, check out the many other models also for sale on the auction site – and all for similarly small amounts of cash.