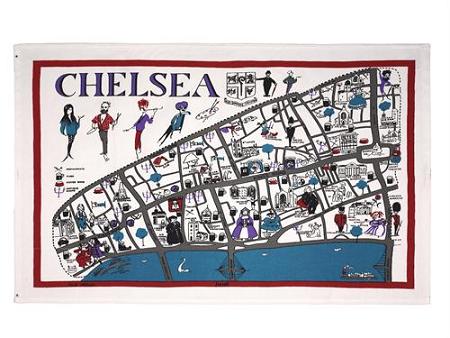 A slice of bohemian London life in the fifties is captured in this Chelsea tea towel, produced for the shop at the Museum of London.

It uses an illustration produced for Tatler magazine in 1959 by Mardie Madden and features a stylised map of the streets of Chelsea, which it called the 'liveliest area in town'. Produced just before the 1960s style explosion you associate with the King's Road and the area, the characters illustrated include artistic types, alongside more traditional figures such as the Chelsea guard.