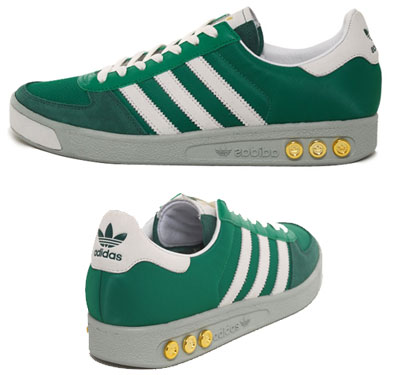 It's a reissue of the Adidas Grand Slam trainers, although the colour and construction might be slightly controversial.

First seen in 1981, the Grand Slam is back in what's called a 'reverse' colourway, as well as featuring a canvas upper. I suspect we might have lost a few of you already. For those still in, the features and shape are generally intact, but with gold (not real gold obviously) used for the pegs in the sole.

The canvas upper comes in a 'twilight green' and the reissue is described as 'highly limited'. Pre-orders now being taken, £85 is the price.