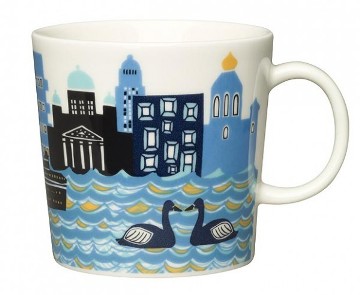 Helsinki is the World Design Capital for 2012, so commemorate this Arabia has commissioned a set of Hometown Mugs.

They are designed by Mirra Zukale, who like Arabia, is from the Finnish capital. There are four mugs in the set, with the themes of Park, Sea, Block and Downtown, which depict the city’s architecture, public spaces, markets, coast and travelling by tram and bicycle in distinctive Scandinavian style. The mugs cost £23.95 each, which isn’t cheap but as commemorative mugs go, they are certainly more tasteful than most Jubilee designs, so worth the extra spend.

Buy them from Hus and Hem.

My Egg and Soldiers 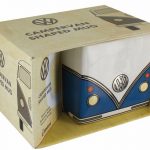