Big thanks to Andrew for pointing out this kitsch gem – a 1980s Frog Phone. I don’t think there are many of these about today.

Perhaps that’s for good reason. For one, do people really use home phones that much these days? Ok, some people do, even if it’s just to be contacted at home or because people just have that number for you.

But in reality, most people are on mobile phones or cellphones these days. They just don’t want a phone with a wire anymore. Technology has changed. But if you are going to have one, make sure it is one that has some visibility in your house, Forget dull phones. You want a phone people are going to talk about when they visit your house. Like this one maybe.

As you can see, this is a mini flip phone (simply being a ‘flip’ gives it a retro edge) and also a phone in the shape of a frog. It’s odd, it’s a talking point, it’s unusual. It’s also a phone that is good to go as well.  Yes, this one has a UK connector, meaning it is ready and waiting to go in your home. Well, as long as you have a phone socket, which is pretty much every house in the country.

Where’s the keypad? The frog’s mouth opens to reveal it. But there is one more feature that might just sell you this particular telephone. The Frog Phone croaks instead of letting out a traditional ring.

According to the seller, this is a late 1980s phone in green and cream and is ‘tested and working’. It’s also said to be in ‘fantastic condition’, unfaded and totally unmarked. But look yourself and make your mind up based on the images available.

Best of all, the phone is currently at just 99 pence. Although there is no guarantee that it will stay at that price. See the listing for more shots – including some of the phone’s keypad. Then get your bid in if you want it to make a hop over to your home. 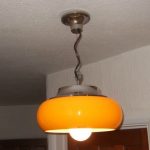